I had the opportunity to staff the WISE School this past term. We had the privilege of going to Fremont California for some ministry. We partnered with YWAM Redding for the week. Our teams bonded well from the start so that was pretty encouraging. The heart of the entire ministry trip was to get a Bible into every home in the city of Fremont. That area of California is extremely populated with with Muslims and Hindu’s from the Middle East, China and India. I sometimes forgot I was in America.

I have to say that I was pretty nervous when I heard that we would be going door-to-door evangelism to offer Muslim and Hindu people Bible’s. Also, I was a little hesitant to share the gospel with people at a Halal Festival-a food festival that Muslims put on for thousands of Muslim people to come enjoy food, music and good company. I think what made me most reluctant is that I never had much interaction with people from the middle east and was super unaware of their culture.

The second day of door to door Bible Distribution went way better than expected. I finished the day pretty relieved and excited that although some people ignored my knock on their door or shut the door on me after realizing why I had come, the few open people who accepted the word of God made it all worth it. I got to pray for people and share about who Jesus is and what he’s done for them. Honestly there is no greater feeling. The rest of the week seemed to go about the same pace. Plenty of people not wanting The Bible, but the few that did made it worth it. One more person hearing about the kingdom of God made my day. 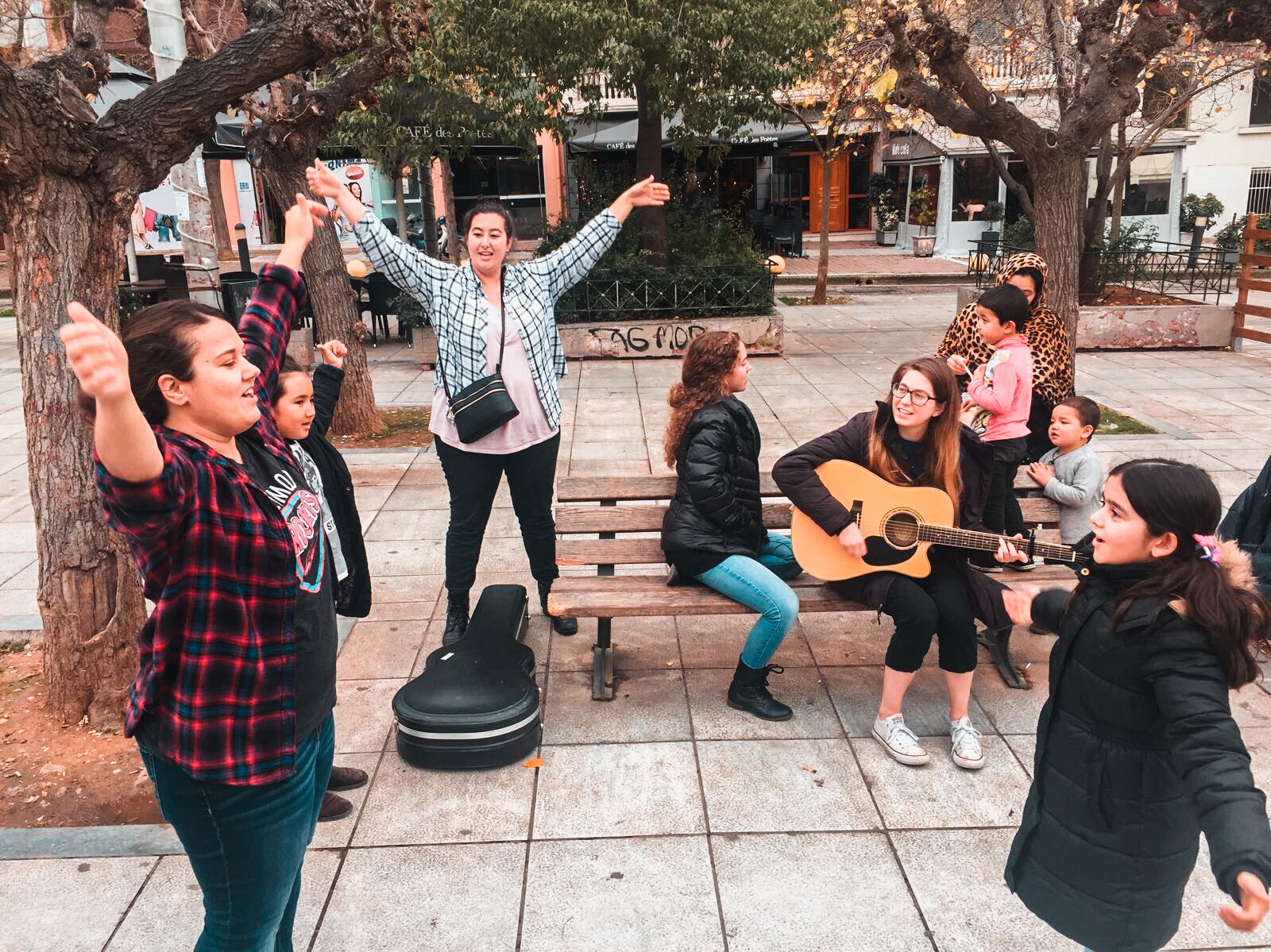 The Halal Festival had to be my favorite day. Since I found myself so nervous, the first thing I decided to do once I got there was stand in line for food. That gave me time to not have to interact with people right away and to pray for a lot more grace. While I was in line, the Lord made it easy for me because a college age guy and his dad who were standing behind me started joking with me. That was a pretty clear open door. As soon as the father learned why I had come to their festival he immediately stopped talking to me. Of course that worried me a bit but it did not set me back because his son continued talking to me. I then offered him a Bible which he gladly took and inquired about my favorite scripture verse. After we had ordered our food and went off to the side to wait for it, his dad disappeared. I saw that as an opportunity to see if I could pray for the son. Earlier in line he shared that he was having trouble in his classes and was recently fired from his job because he kept having breakdowns. He had just been diagnosed with Bipolar Disorder. When I asked if I could pray for him I shared with him that my God heals and wants him to be free from that. So he agreed and received prayer. After, he told me that it was weird for him because only Muslim people pray for him but at the same time he really enjoyed it. A lot of the muslim people I prayed for described my prayers as “beautiful”. The Lord was present and doing more than I could see.

That is just one out of a few God stories I had that day, but my favorite part of the entire trip was the work the Lord did in my heart. I can confidently say I am an evangelist! It does not scare me anymore. I love that I can fully be myself and share who Jesus is. Also, I am no longer afraid of Muslim people. They are kind, open, dedicated people. The fear of going out and “failing” has been broken. 100 rejections is worth 1 salvation! Praise Jesus, he is good all the time! Our ministry time in Fremont California was amazing.